Newest, beautiful, single women now added for week of Wednesday, July 29, 2020 - Tuesday, August 4, 2020
During this COVID-19 crisis, be assured we are still working daily to ensure your success! 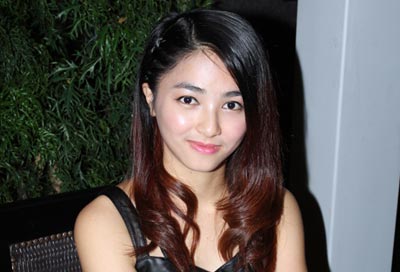 Find out why older men and younger women are the best match.

Older men from around the world prefer to marry younger women than women of their age. Age is indeed just a number when it comes to relationships. But just why do older men like younger women? One factor for this preference is the idea that younger women portray youthful perfection, passion, and vigor in experiencing further adventures in life. Younger women have firmer bodies and are generally more attractive. However, older men are not only after their attractive physiques. It is mainly because of the greater admiration which young women naturally perceive and treat them and by this, the latter feel more respected.

Naturally, men, regardless of their age, will always be attracted to women in their early 20’s. However, while they are attracted to youth, not all men have the same preference for huge age disparity in relationships. Despite finding much younger women extremely attractive, they may also desire connection with women who have the same level as their maturity.

On the other hand, there are a number of older men that prefer to marry younger women and are serious in their pursuits in finding their young bride. The so-called May-December romance is prevalent and widely accepted in Asia which allures hundreds of men to venture in the continent to date with thousands of singles and, ultimately, marry Asian women. These ladies are more open to dating men who are ten or more years their senior. Read on to find out why these men prefer dating younger women in Asia.

Lots of older Western men go a long way to visit Asia hoping to find their bride among single Asian ladies. The following are some of the reasons:

Contrary to most stereotypes stating that the younger women in May-December relationships are gold-diggers, these young ladies are not merely after that. It’s true that women, especially Asians, are practical creatures. Knowing that younger men have just as much to figure out in life ahead of them, yet finding their niche in the world, and have the tendency to be insecure and spending their energy, time, and wealth over petty matters, there surely are valid reasons for women to seek among older men the stability that they want. These young women are after older men’s wisdom and practical approaches to life. They know that older men will go great lengths to make them happy and will complement their need to learn more in life.

With high hopes of long-term relationships, single Asian women sign up in matchmaking agencies to find their lifetime partner. If you are also hoping to marry younger women, sign up for free with us.

Newest, beautiful, single women now added for week of Wednesday, July 29, 2020 - Tuesday, August 4, 2020
During this COVID-19 crisis, be assured we are still working daily to ensure your success!