Asia | The Most Diverse Continent 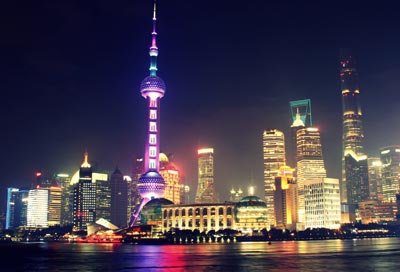 Discover Asian history and find out how it became one of the successful continents.

There’s a very good reason for the diversity of the Asian continent, and that’s the size. The continent covers more than 17 million square miles of land area, much more space than other continents.

The sheer size also translates to the population. With over 4.6 billion people living there, the Asian continent has more people living within its boundaries than out of it. In terms of world population, a decisive majority of extant people live in various countries that comprise the continent. The continent is so expansive that there are some countries in Europe may share a land border with or even be in North Asia.

Because of the size, the people who live there spread out pretty far. This helped to facilitate diversity in culture and tradition that is unmatched in the rest of the world

The industry is also pretty diverse on the continent. Pretty much every field and every continent has established or is trying to establish a foothold on the continent, largely because the economic upswing that some of the countries are experiencing is creating a new consumer base among the growing upper and middle classes with a taste for luxury goods and money in their pockets that they are happy to part with.

There’s also a great amount of economic disparity in the region. Some countries, like Japan, South Korea, and Singapore of Southeast Asia, boast massive economies that are easily in the top tier in the world and have infrastructure that can put the rest of the first world to shame.

That said, there are also a number of nations and states on the continent that do not have the same level of economic prosperity.

There’s also a diversity in terms of food and how food is prepared. Some of the cultures prefer a more vegetable-based diet, whereas others, like the Mongolians, have a more meat-based approach to their diet largely because the Mongols were nomadic long after most other cultures turned to agriculture. The food that they ate was what they could bring with them, and livestock was more mobile than fertile fields were.

The History of Asia

The history of Asia is fairly long and winding. But of particular note is its history with empires. A number of history’s greatest empires originated from Asia. The most notable of these empires was the Mongol Empire. In terms of landmass, it was the second largest empire in history, with only the British Empire overtaking it, and holds the distinction of being the largest contiguous empire in history.

Of course, many of its countries have not just been the origin point for empires, but have been part of empires themselves. The British Empire held territories on Singapore, Malaysian Archipelago, India, and Hong Kong until the twentieth century. Spain held the Philippines until the 19th century. The Portuguese Empire held dominion over Macau until 1887.

Asian history has recorded a lot of meaningful and in-depth stories of the development of Asian countries. Colonization was rampant during the elevating days of Spain and other American colonists. This colonization also opened for barter trade and mix races. For example, the Philippines was colonized by three major first world countries, such as the USA, Spain, and Japan. If you can observe, there is a mix of skin color, facial features, and even the traditions of its people. Not just it commenced for colonizer’s wider power vicinity but also personal relationships with a country’s inhabitants.

The Culture and Traditions of Asia

The colonialism in its past also exerts a great amount of influence over current culture and traditions in Asia, even in the present day.

This colonial past can still be seen influencing Asian culture and traditions to his day. For example, Hong Kong has a noticeably British bent to its culture. Double decker buses not unlike those that ply the streets of London are a regular sight in the city. Spanish influences and loanwords creep into the everyday vernacular of many Filipinos. Portuguese food is practically ubiquitous in Macau.

One particular quirk in many East Asian cultures is its tetraphobia, that is fear of the number 4. Many countries that are within the Sinosphere will not have a fourth floor. Instead, the numbering on the floors will go straight from 3 to 5. This is because the character for 4 is written and pronounced almost exactly like the character for death. Because of that, 4 is considered unlucky.

Religion also plays an important role in current Asia. Many countries do have significant swaths of their populations practice organized religions. But many others will only have people that have unofficial ties to local temples.

The history of Asia, as well as its culture and traditions, honed its women for a better good. This made them lovable and are sought-after among foreign men seeking affection with foreign women. Asian women encompass what a successful marriage should be. They are aware that love is inevitable and that it should be shared and given to a lucky man, and that man could be you!