The thing about Asian women is that they’re widely desired all over the world. But the Asian women dating scene is largely focused in Asia because that’s where most of them are. In fact, Asia is where a majority of the world’s current extant population lives. In short, there are a lot of people in Asia and a lot of them are women.

A lot of men want to date women in Asia. But because many of the men who want to date such women live outside the continent, they often have no course of action to make their romantic dreams come true.

But then there are the men who take the initiative. They want to meet some of these women and try their hand at the Asian dating scene. So they take the steps they have to in order to make their romantic dreams into their romantic reality.

Some men travel to Asia because that’s generally the best place to meet the women of the continent.

About Our Singles Tours

Finding love with Asian singles is not something that just happens because a person wants it bad enough. There are a lot of factors that stand in the way of such a relationship becoming a reality.


Our Asian Tours Include 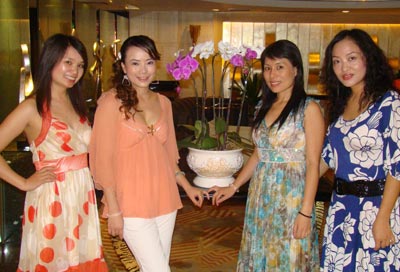 Making the journey to Asia in order to meet Asian women isn’t just something that happens. It has to be manifested, to be brought into reality. Everyone’s going to need paperwork and hotel accommodation and plane tickets.

One headache that many travelers have to deal with when their plane lands and touches down on the tarmac is transportation from the airport. Ride-sharing apps may not work in the country and taxicabs can be expensive around airports, not to mention that lines tend to be pretty long as many a traveler is trying to get from the airport to the city.

But that is not the case with a singles tour. As part of the package, airport pickup is available. No longer will a man have to wait in line or stare bewildered at his phone as his app tells him that the service is not available in the region. Now he can just sit back and relax because all the logistics have been taken care of as part of his tour package.

Another thing that gives travelers consternation when making plans is the accommodations. Cities often have multiple hotels of varying quality and at various price points. So a person who is arranging to travel to a different country will often have to go through a hotel after hotel to find the best possible place to stay for their particular budget. But part of the tour package involves a room in a great hotel so that a man does not have to worry about a place to sleep when he’s trying to find love with Asian women.

Language barriers exist. Asia has hundreds if not thousands of languages and not everyone can speak fluent or even passable English. But part of the service are translators to help bridge the language gap so that two people can fall in love.

Finding a place to date can be a tricky thing, especially in unfamiliar territory. But part of a romance tour is the socials, catered events where men and women can mingle and hopefully strike up a match.

There are also more personal dates available for two people who want to be in a more intimate setting. Translators are also available for such scenarios so that two people can deepen their connection without having to worry about being able to understand each other.

There are a lot of benefits to a singles tour, not the least of which is getting to meet and mingle with Asian women.